Based on the book, “The Secret Life of Fathers” — from The Father-Daughter Project™: 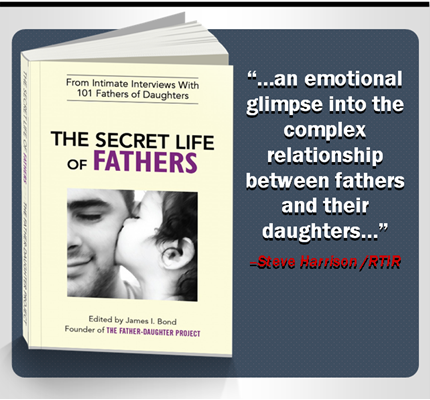 Help us change lives… starting with yours!

~ OUR MISSION: FOR FATHERS – Healthier happier daughters and families!

I believe most dads have no idea how much they affect their daughter’s self esteem, how she interacts with men throughout her life, and even her ability to find happiness and success. I hope to change all that while showing some of the powerful and magical things that happen to men who are fathers of daughters. (James I. Bond, founder, The Father-Daughter Project™) 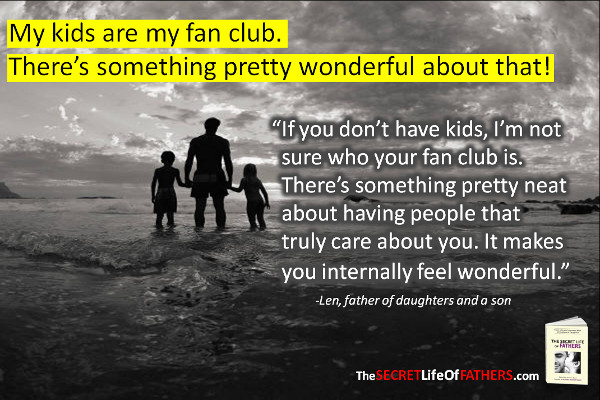 ~ VIDEO #1: Official video trailer for the book, The Secret Life of Fathers:

THE SECRET LIFE OF FATHERS (Amazon.com)

1. Overview — Subject of the Show Concept

3. Author Overview / Founding of The Father-Daughter Project™ and Mission Statement

4. Audience for this book

Request PDF of Book Interior “The Secret Life of Fathers”

1. Overview – of the Show Concept

FOR FATHERS with DAUGHTERS (of Any Age):

You were the first man in your daughter’s life. And whether you realize it or not, her self-image and how she interacts with men throughout her life are subtly and not-so-subtly affected by her relationship with you.

But for a guy, raising a daughter can be more complicated than most people realize…

That’s why “The Secret Life of Fathers” was written. Unlike books filled with tips from supposed experts, here for the first time you get to eavesdrop on real dads chatting with other dads when no woman is in the room, about one of the most incredible and complicated relationships in a man’s life, between a father and his daughter.

Sometimes incredibly funny, sometimes profoundly sad, but always real, you get to learn about a subject rarely discussed–the private fears and feelings of fathers with daughters.

When behaviorist James I. Bond discovered his relationship with his middle daughter, Lauren, wasn’t as great as he thought, he got the crazy idea of interviewing other dads of daughters to try and figure out how to be a better dad.

What started as a simple idea turned into a marathon. 101 dads agreed to go through deeply personal and emotional recorded interviews, talking about the good, the bad and everything in between.

What these dads talked about was more profound than he expected, and led to the launch of The Father-Daughter Project™. Next came publication of the groundbreaking book, “The Secret Life of Fathers,” with actual excerpts from these conversations with dads. Considered by many to be one of the best training manuals ever for fathers of daughters, the stories and comments these men share will open your eyes and hearts to the unexpected and incredible ways a dad affects and is affected by his daughter.

Join us for a lively discussion, as we share the experiences from “The Secret Life of Fathers.” 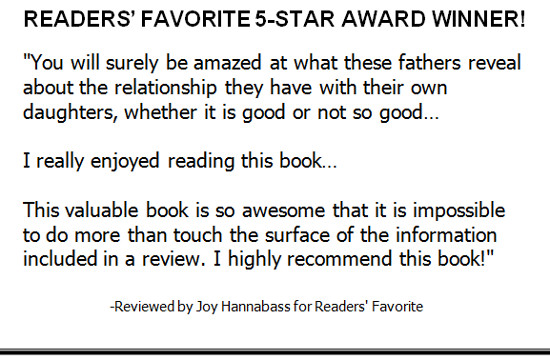 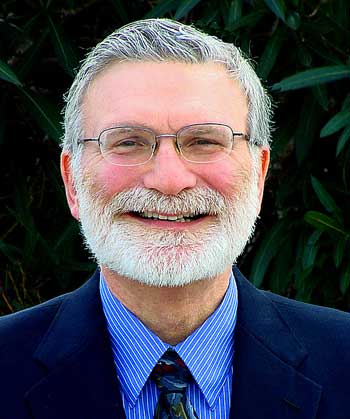 James I. Bond is founder of The Father-Daughter Project™ (www.TheFatherDaughterProject.com), which was established to strengthen the relationships between fathers and daughters. He is also the author of the highly acclaimed book, “The Secret Life of Fathers” (From Intimate Interviews with 101 Fathers of Daughters).

ABOUT THE FOUNDING OF THE FATHER-DAUGHTER PROJECT™:

He had also been involved with The Mankind Project (MKP), a non-profit men’s training and personal development organization, which helped him better understand many of the issues and blockages that prevent men (and dads) from having better relationships with women and daughters.

Eventually, James discovered his own relationship with Lauren, one of his three daughters, was not as close as he thought. The focus on his career combined with an indefinable barrier had somehow prevented him from being closer to her.

What James discovered from these interviews was more profound than anything he could have imagined. The quotes and stories from these dads became the seed that launched The Father Daughter Project™ — as a means for dads and daughters to ask and answer these questions:

The quotes and stories from the interviews with these dads also became the basis for the book, “The Secret Life of Fathers” as a way to listen in as men chat with other men about a subject rarely discussed–the private fears and feelings of father of daughters.

THE MISSION OF THE FATHER-DAUGHTER PROJECT™:

We believe the world will become more caring and compassionate by improving the relationships between fathers and daughters of all ages. We also believe that when a father and a daughter better understand their impact on each other, this can lead to greater happiness, health and success in surprising and profound ways, for both dads and daughters.

Through our highly acclaimed book, “The Secret Life of Fathers” (from Intimate Interviews with 101 Fathers of Daughters), as well as the numerous activities and events highlighted throughout The Father-Daughter Project’s website and resources, positive relationships between dads and daughters can be strengthened, providing an unexpected means for greater happiness and success.

4. Audience for this Book

~ AUDIENCE: There are 3 specific audiences for the book, “The Secret Life of Fathers”:

+PARENTING – for FATHERS of Daughters – wanting a (more) positive relationship with their daughters and a much happier life as a result,

+WOMEN wanting to improve their relationship with their dad or wanting a powerful and unexpected way to increase their happiness and success in life while improving how they relate to men. www.TheSecretLifeOfFathers.com

I believe most dads have no idea how much they affect their daughter’s self esteem, how she interacts with men throughout her life, and even her ability to find happiness and success. I hope to change all that while showing some of the powerful and magical things that happen when a man is a father to a daughter.

I believe most women have no idea how much their self esteem and how they interact with men throughout their life is affected by their father. I hope to change all that while giving women awareness and tools to help improve their ability to find happiness and success in life, far beyond what many may have believed possible.

I believe most men don’t fully understand why women act the way they do… the subtle and not-so-subtle impact fathers have on a woman’s self-image and the way she interacts with men. I hope to change all that while giving guys an awareness of the most common misconceptions women have about what men are “really” like.

Sometimes incredibly funny, sometimes profoundly sad, but always real… this has been described as one of the best training manuals ever for fathers of daughters… because it’s from real fathers. 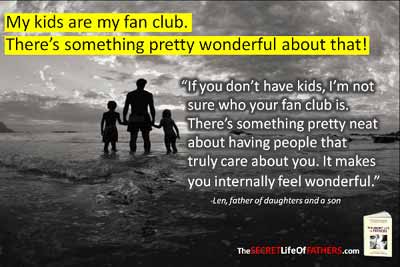 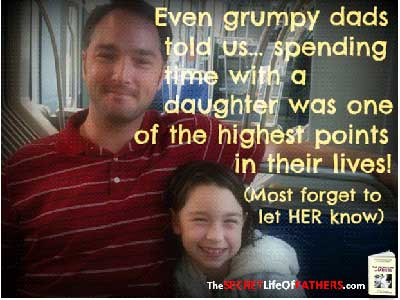 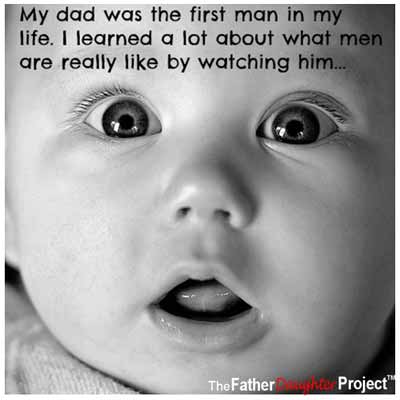 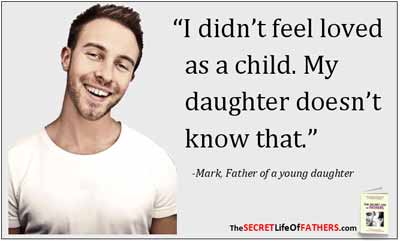 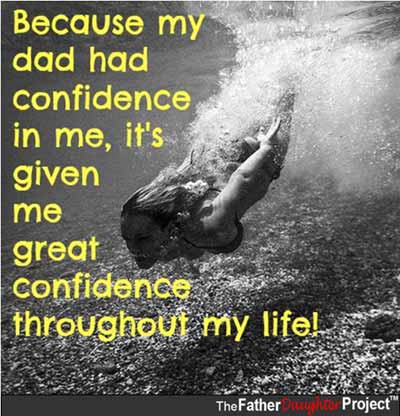 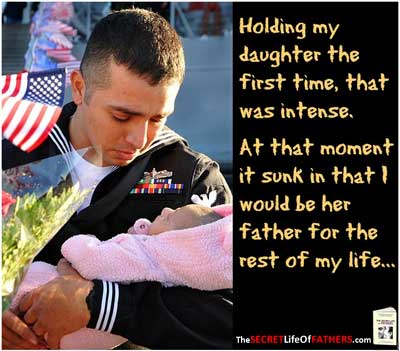