HOW YOUR DAD GOT TO BE
THE WAY HE IS

As the Hispanic grandfather in his mid 60’s stood crying in the middle of our circle of men, I suddenly saw a resemblance in his face to my own grandfather, who had passed away years before. His tears could easily have represented those from my own family.

Through an interpreter, this tired, worn down man could not hold back the tears as he told us how things had changed for him.

For most of his life he had worked as a laborer and was the primary breadwinner for his family. But suddenly, unemployed because of his age, a strange thing had happened. Now that government money was flowing to the family because of his not having a job, his family told, no ordered him to not return to work. Otherwise, he would ruin everything.

As he explained through the interpreter who himself was becoming overwhelmed from this man’s sadness and shame, without working, suddenly he had no purpose in life. His identity was stolen from him. His life was meaningless and useless. Because of an unusual confluence of events, as this father and grandfather explained it, suddenly it felt like it made no difference whether he was alive or dead, to his family.

But, this sadness and shame were not something he could share with his family. Except for us as an outlet of support and nurturing, this man’s suffering would go unnoticed by those who loved him most.

In a way, tied up in this man’s story is part of every man’s story. Maybe every person’s story.

It touches the self definition that is within each of us, fathers and daughters. Who we believe we are. How we fit into the world.

Even when we do not say a single word, people around us can generally sense this voice within. These deep rooted beliefs and feelings that govern our entire interaction with the world, and most certainly, with our loved ones. 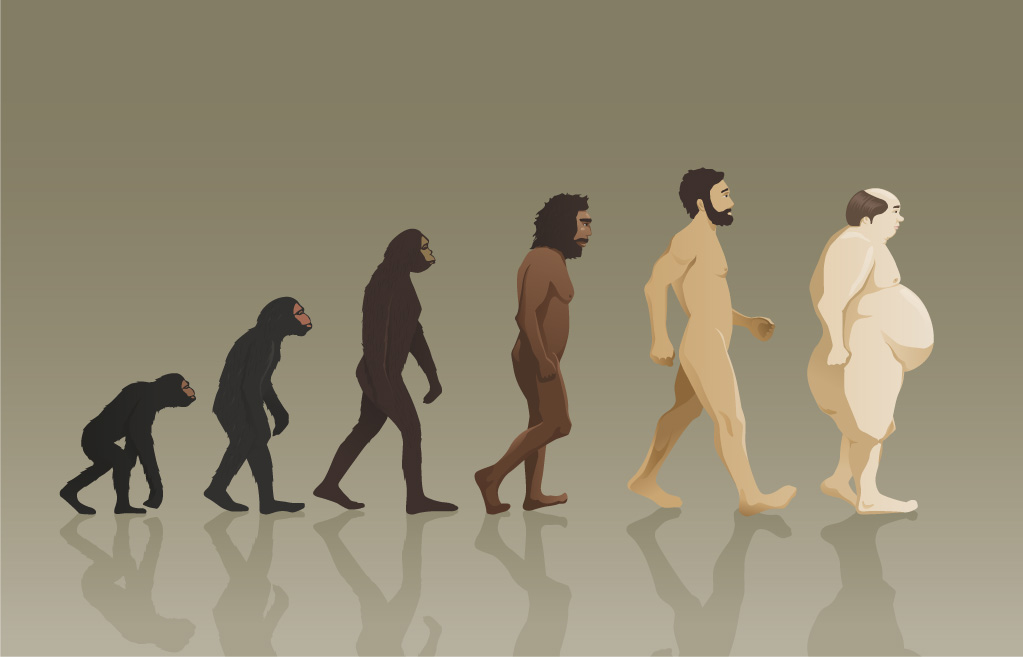 The Evolution of Man – Not Always a Pretty Picture